LEADER FOR A LIVABLE, EQUITABLE AND SUSTAINABLE AMERICA - Neal Peirce
Urban Affairs Journalist
Neal Peirce has been a Washington-based journalist since 1960, working first as Congressional Quarterly's political editor and later was a founder of National Journal magazine.

Peirce has distinguished himself as a leading commentator on cities through his outstanding urban affairs columns. No one has demonstrated a better perspective on urban trends. In 1983, he literally wrote the book on states in his monumental "The Book of America: Inside the Fifty States Today" that describes in colorful detail the developments of each state.

Along with Curtis Johnson and Farley Peters, he founded the Citistates Group that engages urbanists across America to share best practices and knowledge. This led to research and in-depth analyses of issues facing 25 metropolitan regions across the country. He was the lead author of "Century of the City: No Time to Lose," based on the Rockefeller Foundation's 2007 Global Urban Summit in Bellagio, Italy. Subsequently he became founder and editor of Citiscope, an online news service that provides coverage, commentary and analysis of innovation and the future of cities worldwide.

He captured the work of innovative thinkers preparing a New Urban Agenda for the world's cities. Citiscope produced the most complete coverage of the document's development, culminating at the UN's Habitat III summit on cities where nearly 170 countries ratified it. Citiscope's news coverage and commentaries from urban experts broadened and deepened the debate about the role of cities on the global stage. It also sparked important conversations about how the New Urban Agenda and other agreements will be implemented in cities. 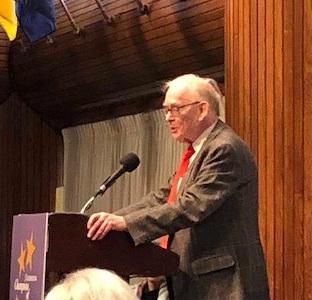 ​This page is devoted to news and comment from and about classmates.  Send yours to the Secretary for consideration:  Alan@mayersweb.com -- CLICK ON BLUE BOXES TO VIEW CONTENT